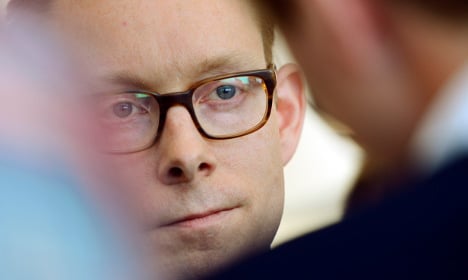 In a four-point Facebook status update, Sweden's Migration Minister Tobias Billström of the Moderate Party shared his thoughts about Sunday's election result.
"This election has no winners – except for the extremists," he wrote. SD and F! both represent dark, gloomy, and destructive forces that divide the people. They must be fought and met with a discussion of values."

Feminist Initiative leader Gudrun Schyman. Photo: TT
Billström's press secretary said the minister was refusing interviews on the matter, but released a statement explaining that the post was on his private Facebook and represented his "reflections on the election loss".
The Sweden Democrats earned 12.9 percent of the country's votes – more than double their support from 2010. The Feminist Initiative, who were set to get their first seat in parliament according to the exit polls, finished up on 3.1 percent.