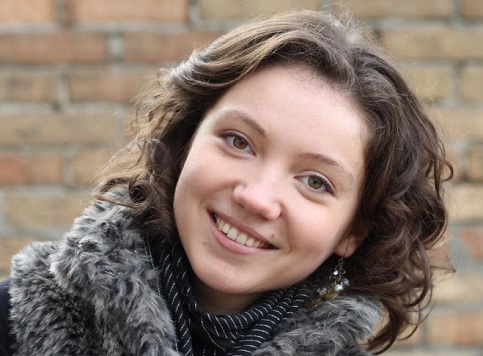 As soon as Galyna Kaplan started her journalism studies in Ukraine, she knew she wanted to study in Sweden. What she didn't know was how much it would change her life.

"From the very first year, all of our professors were constantly repeating that Sweden is the best destination to study journalism," Galyna recalls.

"So I applied for the journalism programme at Örebro University, which is known as an excellent programme, especially for international students."

But Galyna's family couldn't afford the tuition fees for studying in Sweden. So when she saw the Swedish Institute's (SI) scholarship opportunities, she pounced.

"A few months later, I saw my name on the list. It was my happiest day ever," Galyna says.

Of course, moving abroad was still a challenge, despite her initial excitement. Feeling terribly alone the first day, Galyna was desperate for contact.

"My second day in Sweden I met a girl in the laundry room," she remembers.

"I asked her if she was also new here, and she said yes. I asked, 'What have you been doing the last couple of days?' And she said she had been crying. And I was like, 'Yes! Me too!'"

Read also: Five tips for adjusting to life in Sweden

But things got easier after that, and Galyna learned to thrive in Sweden. She found that people were eager to meet, and Swedes were open and amiable.

The journalist programme at Örebro was intense and challenging. Galyna studied mostly in Sweden but also got to experience courses in Norway and Finland. She found the education system unusual – she didn't have any exams, just essays and presentations – and the climate was also a difficult adjustment. But she learned to love it.

And the best part of all? The people.

"I know people all around the world now," Galyna says. "We were just seven students from seven different countries. Now that I'm back in Ukraine I can call up and say, 'Hey, I heard something big happened there.' It was a very global class."

In May earlier this year, Galyna's hard work and enthusiasm for her studies, her peers, and life in general, paid off.

Galyna was one of just 21 foreign students in all of Sweden who received the Global Swede Award. Each university in Sweden can nominate one student, and the award is reserved for students who have distinguished themselves in various ways while in Sweden, such as through innovation and entrepreneurship.

The award increased Galyna's social network even further, and she says she still keeps in touch with her fellow Global Swedes. And she said the distinction still plays an active role in her life.

"I still feel some responsibility for being awarded this," she explains, and adds that she is on her way to a meeting at the Swedish Embassy in Kiev with two other SI alumni friends.

"We are meeting with someone from the embassy to discuss how we can cooperate and help each other," she says. She hopes to increase international cooperation between the two countries and encourage study abroad.

Following her studies in Sweden, Galyna scored an internship with the European Commission in Brussels.

"I think the reason they accepted me was my international education in Sweden," she says.

Galyna worked in Brussels for a few months, and just two days after getting back to Ukraine she was offered a full-time position at a TV channel. Now she is working as a journalist.

But she still longs for kanelbullar, the traditional Swedish cinnamon buns.

"I miss the concept of fika," Galyna laughs. "And since we don't have Ikea here I can't just go and get meatballs and things like that. But when I go get coffee with my friends here in Kiev who also were in Sweden, we all order coffee and cinnamon rolls. Fika!"

We asked Galyna if she has any advice for new SI students – but she says it's a very personal journey and the most important thing is to just embrace it.

"Just come and try. It will be very challenging in the beginning. But it will also be great. Just be open, and people will be open to you, too."