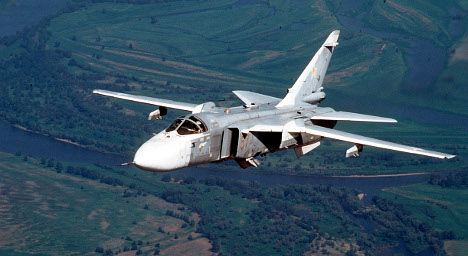 The two Su-24 attack planes took off from Kaliningrad and skirted the Polish coast before heading north at low altitude towards the Swedish island of Öland in the Baltic Sea, newspaper Expressen reports.

A source told the newspaper several JAS Gripen fighter jets scrambled to intercept the Russian aircraft, which left Swedish airspace when one of the Swedish planes arrived and headed off the encroachment.

The government was informed of the violation, which took place at lunchtime on Wednesday, and has requested the Armed Forces to file a report as a matter of urgency, Expressen said.

The Armed Forces declined to comment on what happened until it has conducted a full analysis.

Expressen's source however said the Armed Forces believed Russia had sent the fighter jets to test how ready Sweden was to respond.