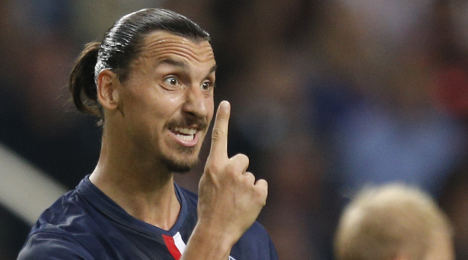 A political career for Zlatan? Some fans seem to want to see that. Photo: Peter Dejong/TT
Swedish electoral law allows people unhappy with the choice on offer to write their own nominations for the country’s parliament on their ballot papers.
For many, it’s the chance to cock a snook at the system, but if someone eligible for parliament receives enough spontaneous votes, they could theoretically get a seat in parliament.
However, it’s unlikely that many of those receiving spontaneous votes in the election would have been able to play a significant role in Sweden’s legislature. For instance the King, who received three votes, is constitutionally barred from being an MP. “The king’s loyal testicle” (one vote) would presumably not qualify either.
Footballer Zlatan Ibrahimovic was another popular choice – the ‘Zlatan Party’ got six votes.
One of the traditional Swedish options for protest voters is the Donald Duck Party (Kalle Anka partiet), which this year won 73 votes. Jesus won 11 votes, while one person voted for Judas. Hitler and the Bilderberg group also got one vote each, while the Satanic Initiative were the choice of 64 people.
Others chose to make their message to the powers that be more direct. One person wrote “I’ll vote when I find someone sensible”. Another voted for “Sara’s party for a nicer society without mudslinging,” while someone else cast their ballot for “I believe more in Santa Claus.”
None of the 1710 hand-written nominations received enough votes to enter parliament.