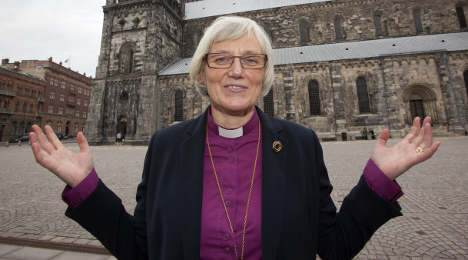 The Church of Sweden priest in Halland, south-western Sweden, was defrocked after a sermon in which he claimed that Christian salvation was only available to people who rejected the ordination of women.

The priest made the controversial comments after finding out that a reorganisation of the church in his area meant that he would soon be working with two female pastors.

“The very idea that a priest’s sex might have a decisive impact on salvation is breathtaking,” said Bishop of Gothenburg Per Eckerdal, explaining his decision to dismiss the priest.

“Using the pulpit to undermine two colleagues in this way shows an utter lack of judgement,” the bishop added.

The Church of Sweden has allowed women to become priests since 1958. The church is currently headed by a woman, Archbishop of Uppsala Antje Jackélen.