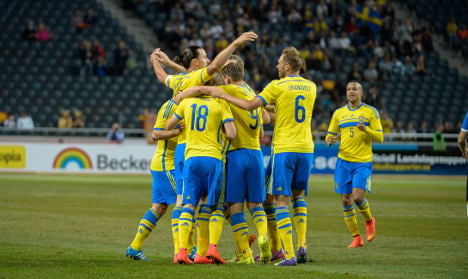 The chairman of Sweden's Football Association said he was "extremely disappointed" that football fans would not get to watch any of the tournament in Stockholm.

"We had the European Championship Ladies Final at the Friends Arena and received positive signals. This is surprising."

The Euros usually take place in just one or two countries, but for the 60th anniversary of the European Championship, first held in 1960, UEFA decided to organise the tournament across the whole continent.

In all 19 cities bid for a chance to host Euro 2020 games, with 13 given the green light to hold games. Stockholm was one of just six locations not to get the nod.

Scandinavian sports fans will be able to head to Copenhagen during the tournament, where the newly-rechristened Telia Parken will host three group matches and a final 16 face-off.

“This is a fantastic day for Danish football, for Copenhagen and for all football fans in Denmark. We are proud that Uefa has shown us the trust to name us as co-hosts for one of the world’s largest sporting events. We look forward to showing our best to all of Europe,” Jesper Møller, the chairman of the Danish Football Association, said in a press release.
London’s Wembley Stadium was chosen as the site of the semi-finals and finals. Baku, Munich, Rome and St Petersburg will host quarter-final matches while the other cities to host group games a final 16 are Amsterdam, Bilbao, Budapest, Brussels, Bucharest, Dublin, and Glasgow.