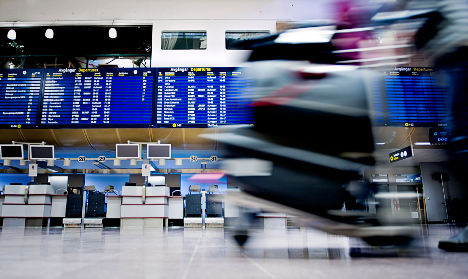 The latest estimate is one percentage point higher than in the previous forecast, according to the authority.

"From January to August 2014, the demand for air travel has increased by 5 percent,"  Helen Axelsson from Sweden's Transport Agency revealed in a press release seen by The Local.

"This is despite the fact that the Swedish economy is weak and financial forecasts from the spring have had to be adjusted, she added.

Tourism on the rise in Sweden

Sweden's Transport Agency makes projections of passenger numbers and aircraft movements every six months.
More than 20 million people are expected to fly out of Sweden this year, compared with around 250 thousand landing here.
The agency believes that the number of departing passengers will increase by an average of more than 3 percent per year until 2020.
"We have seen that the relationship between economic development and air travel has weakened in recent years," added Axelsson.
IN PICTURES: Top ten places for a Stockholm visitor