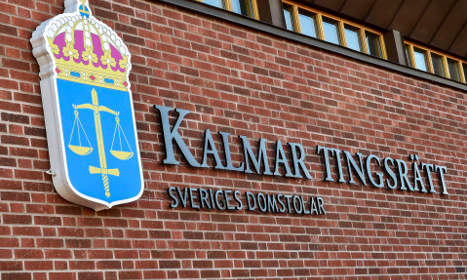 Sentencing took place at a court in Kalmar. Photo: TT

The man – who hasn't been named by Swedish media – was sentenced alongside a woman and another man, who were both sentenced for unlawful detention and told to do 120 hours of community service.

The kidnapping took place last October when his daughter was pulled into a car outside her school and then driven to a house in west Sweden that belonged to a family friend.

She tried to escape several times but was stopped by her father.

He later took her to stay with acquaintances in Norrköping, who alerted police.

The court heard that the girl's disappearance was linked to a custody battle and prosecutors concluded that the kidnapping had been planned in advance.