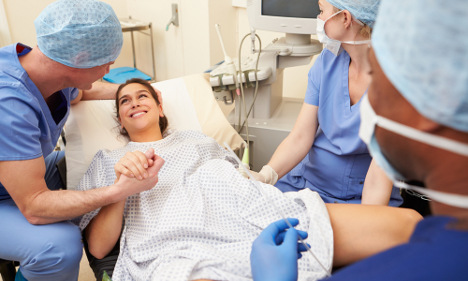 In Sweden, local authorities are responsible for healthcare provision, so the announcement that the Swedish Association of Local Authorities and Regions (SKL) is supporting a proposal to offer IVF to single women is a significant one.

The idea was put forward by a government-funded inquiry in May and is expected to be voted on in parliament by the end of this year.

Taxpayer-funded in vitro fertilization (IVF) is currently only available in Sweden for women in married couples or in long-term relationships.

In recent years, increasing numbers of Swedish women have travelled abroad for fertility treatment instead.

Under the new proposal, single women in Sweden would have the same reproductive rights as those in a relationship.

"I think it would really mean a lot to women who are longing for a child but haven't found a long term man or woman to be with," special advisor to SKL,Ulrika Vestin told The Local.
But she believes there need to be regular assessments by Social Services, to check that women were looking after their children appropriately.
"Of course we need checks in place, similar to those given to people who adopt children, to make sure that things go well for children born to single mothers," added Vestin.
She also argued that all children born as a result of IVF should have the right to trace their genetic background.
The government-funded inquiry into IVF for single women was led by investigator Eva Wendel Roseberg and suggested that it should be up to doctors to determine whether or not potential mothers would be capable of taking care of a child by themselves.
Investigators estimated that should the proposed law changes take effect, between 1,500 and 2,000 single women could take up the chance to get IVF treatment in Sweden every year.
Local and regional authorities are expected to incur extra costs if the proposal goes ahead and the SKL has argued for economic compensation from Sweden's national government budget.