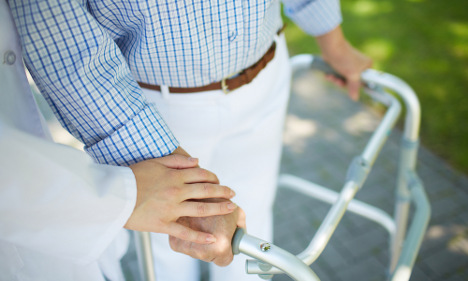 There have been a number of scandals in Swedish care homes. Photo: Shutterstock

Both workers have been suspended following claims that they hit the man on several occasions, leaving him with bruises on his body.

According to Sveriges Radio, the man was also found to have a large wound on his back. It understands that the staff have been accused of tightening the man's belt to stop him from pulling his trousers down to go to the toilet.

The station reported that the care home was investigating after other workers blew the whistle on the alleged mistreatment.

Under Swedish law, all health workers are required to immediately report cases of abuse to their employers. In the most serious cases, Sweden's Healthcare Agency should also be notified.

There have been a number of scandals at Swedish care homes in recent years.

In Vellinge in southern Sweden a man was found to have maggots in his foot and a care worker was reported for stuffing a roll of tape in the mouth of a patient with dementia.

How to raise standards in homes for elderly and disabled people was a key issue in this year's election campaign.