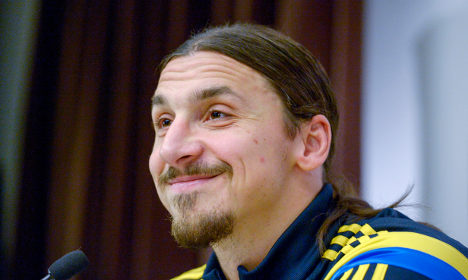 Ibrahimovic at a press conference on Tuesday. Photo: TT
"I can't give an answer today. We will wait for Thursday," Ibrahimovic, 33, said at a press conference in Stockholm.
The Paris Saint-Germain striker has missed his club's last four matches, including the 3-2 Champions League win over Barcelona, with a heel problem.
Zlatan's colourful career in pictures
He trained apart from his Sweden colleagues on Tuesday morning and said his fitness was "on the right track".
However, he added: "When you go out onto the pitch, you need to be 100 percent in my opinion. When I do it I almost feel like a zombie."
Sweden, who began Euro 2016 qualifying Group G with a 1-1 draw in Austria last month, also host Liechtenstein on Sunday.