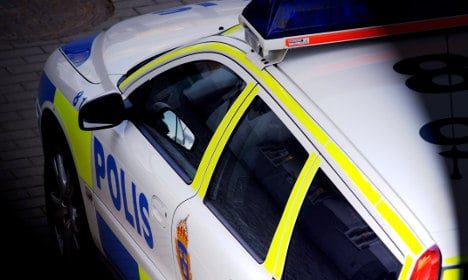 Police across Sweden are searching for the rapist: Photo: TT
The man, who was convicted of aggravated rape nine years ago, disappeared from a psychiatric clinic in Sundsvall two weeks ago.
Swedish police extended their search to include the rest of Europe on Wednesday afternoon.
His carers at the ward say they do not think poses any threat to the public.
"We don't think he's dangerous, but of course we can't guarantee it," the clinic's deputy director Bengt Eriksson told The Local.
"It's important to add that he had been here for almost ten years without a problem – that's a longer sentence than he would have gotten if he were sent to prison."
Eriksson said that the man was not originally from Sweden, so the police have cast a wide net to take into account the theory that he might be trying to return home.
He added that staff members were still unclear exactly how the man managed to escape and said that an investigation was underway.
"We will not be changing our guidelines, this is a very unusual occurrence," he told The Local. "Something simply went wrong and it's very unfortunate."
Eriksson added that the rapist was aware of his condition and what it meant.
Url copied to clipboard!