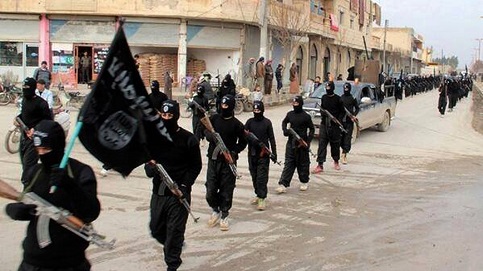 Human life today is confronted with a plethora of threats. Poverty, hunger, disease, disasters and armed conflicts are among a mix of issues that have made life on earth more complicated and insecure than ever before – not only for humanity but also for the entire creation.

We now see the counter-productivity of our grand belief in the power of modern science and technology as a panacea to these challenges, as it worsens old problems, while unwittingly creating new ones.

Like many other issues such as climate change, terrorism is a great creation of humanity. Despite the ambiguity of the term, its contemporary usage is traceable.

From its application by the French Jacobins during the Reign of Terror, the term went ahead to be invoked by Colonialists to imply those involved in legitimate anti-colonial struggles.

More recently, states have often used the term to point at organized violent groups and individuals. However, it was not until the 1972 Munich Olympics, when a Palestinian group kidnapped and eventually killed 11 members of Israel Olympic team, that the twin concepts of international terrorism and counter terrorism were coined, especially in the United States.

Today, al-Qaida, The Islamic State of Iraq in its various forms (currently ISIL), and a number of other organizations have gained the rank of International terrorists with ‘capacity to shake global peace’.

The “war on terror” was specifically launched by authorities in the United States after one of these organizations, al-Qaida, made it into the US via the infamous 9/11 attacks.

Though the war against al-Qaida has not yet ended, a new but rather complicated actor has emerged on the international scene. With its uniquely publicized brutality through a number of beheadings, ISIL has managed to attract an unprecedented international action led by of course, the United States.

Today, the direction of this war on terror raises questions on the future of global security.

The world, led by the United States, is faced with a hard reality which is slowly but steadily culminating into a serious dilemma. Wars are fought and nations are vandalized in the search for terrorists; but the results in relation to the stated objectives are shocking!

Today, it is clearer than ever before to the rest of the world that the United States managed to ‘kill’ Osama bin Laden, but not al-Qaida. Having that in mind, new and equally dangerous groups are cropping up. Some are operating across borders like ISIL, while others are advancing national agendas.

Whereas al-Qaida still has the potential to cause mayhem in a wide range of countries through its global affiliates, the world is now deploying the same tactics that miserably failed to eliminate al-Qaida.

The missiles and bombs raining on Syria and Iraqi territories targeting ISIL may kill some individuals within the group, but the group will remain.

This new understanding calls to order the interventions used by the United States and its allies to address terrorism. There is need to clearly understand the core causes of modern terrorism, and subsequently, our diagnosis of the problem should lead us to a more realistic approach to this challenge.

And there are questions that can guide us in this process. First of all, we need to know the inspiration behind these terrorists. What cause are they advancing? History reveals complexity in drawing a line between a freedom fighter and a terrorist.

For example, there was a time when Nelson Mandela and a good number of anti-colonial fighters were named terrorists not only by their colonial masters, but also by countries like the United States.

Our reasoned understanding of the cause being advanced by these groups should directly feed into our actions against them. Secondly, there is also a growing need to know the source of power for these groups.

We all get shocked when we see a group like ISIL emerging as a ragtag bunch of criminals, only to wake up one day when they are using high-tech military weapons, and well dressed in military uniforms!

Who gives them weapons? If no one does so, where do they get resources to buy them, and on what markets? We certainly know a few countries in the world that manufacture these weapons, and a good number of them is now engaged in this war to degrade and ultimately destroy ISIL.

These questions need answers, especially by those who pose as leaders on the global scale. That said, I also believe there are many ways the world can ensure peace without necessarily waging war. If organized states like Iran, Russia, North Korea or China can be hit hard by sanctions, why not a few individuals?

Why is war the only choice even when it is clearer that the conditions it created in countries like Afghanistan, Iraq, Libya and Syria are primarily responsible for the emergence of the so called terrorists in these countries? This is challenging.

It is true that many of these organizations are advancing fear through torture and murder such as the recent barbaric actions by ISIL on journalists and other individuals. It even pains to see that in this century, these barbaric acts are actually cherished by some leaders in Civilized States in many ways like killing prisoners of war as the case was with Saddam Hussein, and killing using drones those they consider enemies.

Back to the point, like the United Nations General Secretary noted recently, missiles may kill terrorists, but good governance will kill terrorism.

I strongly believe that the world needs to change the way we perceive and act when it comes to terrorism. If we continue being led the same way, more and more people will be introduced to terror around the world. This is not good news for the future of global security.

If we shift our approach from killing the so called terrorists to using other nonviolent mechanisms while addressing legitimate causes, I believe we will be addressing terrorism from its core causes.