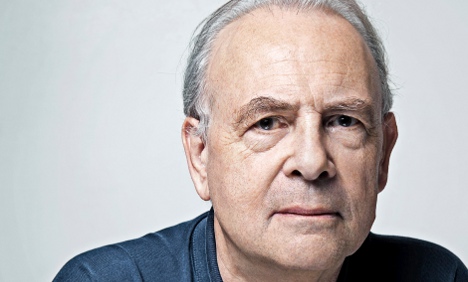 The award was announced by Peter Englund, Permanent Secretary of the Swedish Academy.

He said that the French writer was being recognised "for the art of memory with which he has evoked the most ungraspable human destinies and uncovered the life-world of the occupation".

The author is a household name in France and has written novels, screenplays and children's books.

He was born in a west Paris suburb two months after the second world war ended in Europe in July 1945 and he wrote about life under Nazi occupation.

His main themes are identity, memory and loss, with most of his books less than 150 pages long.

His father was of Jewish Italian origins and met his Belgian actress mother in Paris.

When the author was reached on Thursday afternoon, he responded to the fact that he had won as being "weird".

The novelist is the 11th French writer to win the prize and his achievement has grabbed the headlines in his home country, as reported by The Local France. Journalists from around the world were in Stockholm for the announcement. Photo: TT

Read The Local's live blog from the Nobel Prize Announcements

A total of 210 people were nominated for the Nobel Literature award in 2014, with other names touted for the prize including US singer-songwriter Bob Dylan, Syrian poet Adonis, Canadian poet and novelist Margaret Atwood, British novelist and essay writer Salman Rushdie and Austrian novelist Peter Handke.

Betting on French novelist Patrick Modiano had surged ahead of the award's announcement on Thursday.

Asked about the changing odds, Peter Englund, Permanent Secretary of the Swedish Academy told The Local:

"Yesterday? Where? Well, I have no comments about that. That's a somewhat overrated question. I can't answer it. We have no indications of a leak. We have lots of names that have gone from 50-1 to to 10-1 over the years. You can take that as a proof that there's no leak, as those names haven't won. It's been a great number of years since the odds predicted a winner."

The Swedish chemist behind the Nobel Prizes, Alfred Nobel, developed an interest in literature as a child and owned "a rich and broad selection of literature in different languages", according to the Nobel Prize website.

During the last years of his life, he also tried his hand as an author and began writing fiction. Literature was the fourth prize area Nobel mentioned in his will, when he asked for much of his fortune to be used to launch the awards.

All the winners will receive their awards in December.