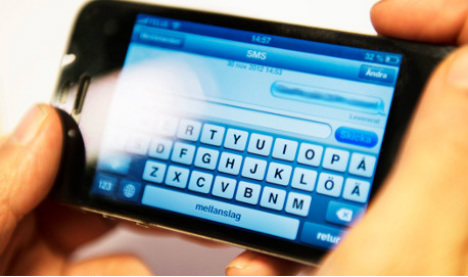 The man fell in to the lake by the bridge near Mälargatan in the city in the early hours of Sunday morning. Apparently oblivious to his surroundings, the man tripped over the edge and fell into the water.

"It could have ended really badly," said Ann-Charlotte Israelsson at Västerås police.

The man was unable to get back out of the water himself and called for help. Several people responded to his calls and the police and emergency services arrived at around 3am on Sunday to assist.

The man was rushed to hospital with unspecified injuries. There was no information as to the whereabouts of the man's telephone.