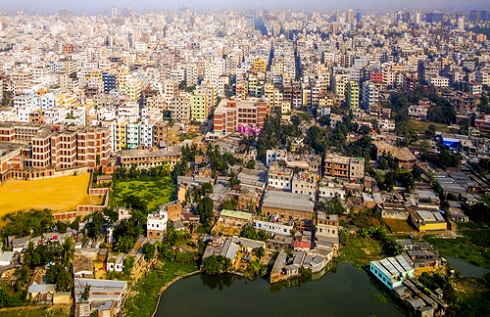 Someone said it, and it’s true:  ‘Education is the backbone of a country’.

Education provides the foundation upon which a nation can overcome multiple challenges. Education is an investment that will reap benefits for any society which has nourished and encouraged it through making its members play an active and effective part in the educational process.

Coming from a country of 160 million people, I strongly believe education is of paramount importance to our society in Bangladesh. The same sentiments have been echoed by our government, which has been working hard to spend big numbers and improve this sector for many years.

Numerous new schools and universities have been established to allow higher public access to learning and development. Competition is rising in various local sectors, and many other talented students make a move abroad, bearing the country’s flag and working amidst accomplished scholars from different parts of the globe.

But there is always another side of the coin.

During my stay in Dubai, I came across lot of Bangladeshi laborers who moved here from our rural regions to make a living. From my experience and their confessions, they moved simply because they never could afford or even access education.

Sounds like a general third-world problem, doesn’t it? Not really. It could have been actively avoided, if we just knew exactly how to do it. As a matter of fact, one third of Bangladesh’s population dwells in rural, underdeveloped areas and makes a living primarily from agriculture.

Even though our national education policy has been somewhat successful, it is unfortunate that these poverty-stricken regions are left out of consideration.

This brings us to a very important concept called the ‘educational divide’. As explained by the UN Millennium Development Goals, such divides not only compound poverty but also hamper sustainable development and create a welfare gap. It’s no surprise, as most of these people live on just $1 per day. So as a result of no education, they survive on a very poor standard of living and end up selling many of their belongings to somehow afford to go abroad and support their families back home.

Usually in Bangladesh, or any other developing nation, policies don’t reflect the urge towards the settlement of such vital issues. Owing to the ability to afford and access education, city inhabitants have it much easier than those in the rural areas.

Due to large bureaucratic setup, slow organizational procedures, and corruption at various levels, money is not well-spent in improving these deprived regions. Lack of infrastructures and climat issues make matters even worse. So, as someone who has pursued an education in Information Technology, I can advocate that implementation of IT systems can actually help solve the severe education divide that exists in our country.

Having industrial project experience in using IT to build learning software, I would suggest that a feasible way to eradicate the divide issue is by taking education to them and not expecting the opposite.

This can, for instance, be made possible through the use of a center in a particular region. Any existing building or nearby station can be turned into a ‘learning center’ by equipping the building with computers, internet, sitting arrangements, and teachers. That’s all we need in terms of initial investment.

The idea is for the deprived citizens in the surrounding areas to go to a learning center to receive basic education, thanks to access to technology. These centers, by being connected to the web, would be directly linked to the servers of several of the mass education providers around the country, such as Bangladesh Open University.

An organization experienced in the design and delivery of education to various regions in the country, the university can use its expertise to tailor online modules and lessons that can be provided as well as updated in these learning centers. The advantage would be that the state would not have to spend time and money to actually develop schooling infrastructures, board curriculums, print and distribution of physical books, et cetera. Such setups take a long time and require struggling through plenty of red tape.

In contrast, such centers not only build an interactive and fun learning environment, but also help increase penetration of technology usage in rural areas – a vital factor required to bring down the ‘digital divide’ that is also significantly dominant in our country.

Gradually, in such fashion, we can move towards the dream of establishing ourselves as a knowledge society. Furthermore, we can also take motivation from similar programs that have been successful elsewhere.

For example, Intel’s ‘World Ahead Program’ aims to eradicate poverty through the distribution of communication and educational technology. Also, the ‘e-slate’ program in Kenya has earned praise for its idea to give easy-to-handle notebooks to students who dwell in underdeveloped regions to boost their learning experience. Therefore, we too as a nation can expend our resources and expertise to implement such initiatives.

Through my experience in Sweden, I hope to pursue research into similar fields that will allow me to put technology under a focal point and develop an educational branch out of it.

In today’s world there are only very few alternatives to sustainable development – and it can only be steered forward by a huge educated and trained population, which is also our country’s most invaluable resource.