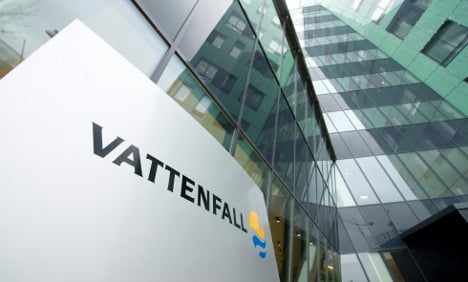 Vattenfall is based in Stockholm. Photo: TT

Vattenfall has been seeking compensation from Germany since 2011, when Angela Merkel's government announced it was phasing out nuclear power following the Fukushima disaster.

But until now it was unclear how much money it was hoping for.

Vattenfall has filed a case against the German government at the Washington-based International Centre for Settlement of Investment Disputes (ICSID).

As a foreign company, it can also invoke the Energy Charter Treaty (ECT), an international agreement that provides a multilateral framework for energy deals.

Germany immediately shut several nuclear reactors after the Fukushima disaster, including plants in Brunsbuettel and Kruemmel in the north of the country that were jointly owned by Vattenfall and Germany's E.ON.

At the time, the two plants had a history of technical problems and had been out of service since 2007 and 2009, respectively.

Vattenfall claims its right of ownership was violated by Berlin's decision.

Germany hopes to close all nuclear power plants by 2022 and replace them with renewable energy.