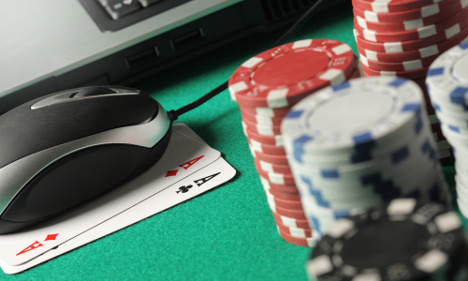 Online gambling is increasing across Europe. Photo: Shutterstock
The Commission says that Sweden’s sports betting monopoly is inconsistent with the EU's goal of preventing problem gambling and criminal activities.
Online gambling and betting shops are legal in Sweden, as long as they are run by a company with an appropriate licence. But the industry is dominated by one state-backed firm, Svenska Spel, with other companies operating in a black market.
The European Commission has long argued that Swedish authorities are not doing enough to regulate the industry or to protect the public from developing gambling additions.
By preventing new businesses from entering the market, it says that Sweden is also breaching EU competition laws.
On Thursday it released a statement saying Sweden's national government is “imposing restrictions on the organization and promotion of online betting services in a way which is inconsistent with EU law”.
The Commission, whose role it is to develop new ideas for EU laws and make sure existing ones are followed, has now referred Sweden to the European Court of Justice, which can fine countries seen to be breaching binding EU-wide legislation.
According to a European Commission report in 2011, annual revenues of the overall EU gambling market are estimated to be around 780 billion kronor ($108 billion), with annual growth rates of around three percent.
Online gambling is the fastest growing service activity in this sector in the EU, with annual growth rates of almost 15 percent.