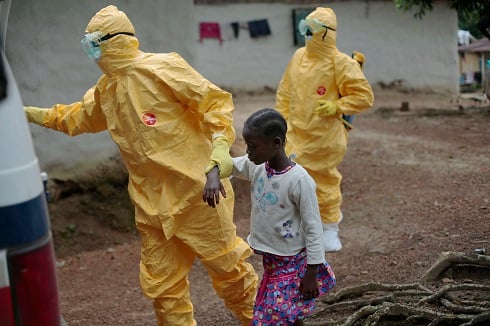 Even for a person who has not been following the development of Ebola in Africa, it is not hard to infer that what’s happening in was a surprise to the world. The entire mode of global reaction paints a picture of a world in which we woke up one day only to find ourselves invaded by a deadly disease!

Yet that’s not the case. On the contrary, the world didn’t only know about the recent outbreak earlier in March, it also knew about the Ebola virus much earlier. The genesis of this unpredictable pathogen goes back to the 1970s, specifically 1976 when the first cases were detected in humans.

It all happened in the Democratic Republic of Congo (DRC), then called Zaire, where an unprecedented 280 people died out of the total 318 registered Ebola cases. The same year, the disease spread to Sudan, where 53 percent of the 284 cases perished.

Throughout the 1990s, the disease continued to appear and reappear in different countries in Africa, and to some extent outside Africa, but its relatively low cross-border killing capacity at the time seemed not to attract much global attention.

From the DRC, to Gabon, the Ivory Coast, and to South Africa, Ebola remained active in Africa and beyond throughout the decade. The 2000s were neither immune. For example, between 2000 and 2001, Uganda experienced the deadliest outbreak since 1976 in which over 50 percent of the 425 registered cases died. From then onwards up to 2012, the disease continued to spread to Gabon, repeatedly in the DRC and Uganda and to South Sudan, Philippines and Russia, killing over 500 people.

The point I am stressing here is not about the obvious numbers, but the fact that Ebola was known to the world of science and medical research long ago. And it was thus conceivable that something would be done urgently to save the human race from this disastrous fate.

But up to date, the world has seemingly been looking for more evidence that Ebola deserves attention. The ability of Ebola to shake global peace was doubted, and perhaps those in the “comfort zones” of our planet felt not concerned enough to intervene with their scientific and economic might.

Today, it seems that evidence beyond reasonable doubt is at our disposal –for the numbers in West Africa speak for themselves. Today, we are talking about over 9,000 cases within just a few months and over 50 percent case fatality. Compare this to the 2,387 and 1,590 total registered cases and deaths respectively between 1976 and 2012.

Today, we are talking about over 1,000 new infections per week, and the possibility of this number to reach 10,000 cases per week within the coming two months. These numbers speak, and it’s clear they have forced the global giants to wake up from their slumber.

All that said, the question that remains is when the language of numbers will stop influencing global action. It seems the old adage that “prevention is better than cure” has lost all meaning to the world. And hence, the world watched since March this year, when West African governments were battling this deadly disease.

At the time when the chances of successful global efforts to contain the disease were high, no one seemed bothered enough to give these struggling countries a helping hand. And at the height of events, when people started dying on streets and in corridors of overwhelmed public health facilities, when the life of those in the comfort zones was finally under threat thanks to airplanes, finally a red flag was raised.

Is it any surprise that today, international organizations like the World Bank are echoing the risk of losing the global fight against Ebola? I guess it’s not. Since 1976, there were plenty of opportunities to combat this epidemic, and we lost them miserably. In March this year when Ebola was first detected in West Africa, there were high chances to contain the outbreak and minimize costs. Again, we lost them.

Now everyone is fidgeting in a state of confusion on how to move ahead on a long, rugged terrain. We hope that this time around, the “Berlin Conference” of medical experts this year results into tangible hope for Africa and the world – as opposed to the pioneer conference in 1884, which was simply a precursor to the partitioning and sharing of the continent like a piece of cake amongst imperial powers.

On top of that, with global efforts and attention going to Ebola, there is an emerging risk of forgetting other deadly killers in Africa – a continent very rich in resources, but very poor in resources to solve her own issues. Therefore, as the World Health Organization and other global players recognize Ebola as “a health crisis unparalleled in modern times”, it is also vital to recognize the fact that in a ‘largely disease, conflict and poverty-stricken continent’, Ebola is simply a drop in an ocean.

Again, statistics speak for themselves. In 2012 alone, Tuberculosis massacred some 230,000 people in Africa, compared to the 19,000 in the Americas or 36,000 in Europe. Today, despite the progress made in achieving Millennium Development Goals, Africa still accounts for 85 percent of global malaria cases, and 90% of all malaria deaths.  On HIV/AIDS, out of the estimated 35 million HIV/AIDS positive persons in 2013, Sub-Saharan Africa alone accounted for over 70 percent.

This list is endless. Almost in all cases, Africa leads – and this is nothing but loss of lives of millions of people. All that said, I strongly believe there are strong lessons that can be drawn from the horrific Ebola scenes in West Africa. At least by now, the world can learn that you cannot be safe in a community of weak/poor neighbors.

For the last over 50 years, many third world countries have miserably failed on their historical assignment of “catching up” with their big brothers in the Developed camp. The cardinal complaint from these countries relates to the unfairness in the global system of relations.

This also calls for an overhaul in the exploitive nature of global relations, where the weak become weaker, and the stronger become even stronger. This includes rethinking all sorts of “good policies” designed for Africa, including the need to rethink aid. This is core even in the mainstream unending fight against global poverty.

It is a truism that, had all West African countries been strong enough to manage their own issues, the situation would have been different from what we see today. Finally, the world can learn that response is necessary in all global catastrophes and threats, but the timing of response matters even more. I believe that, had the world intervened in West Africa in March when the first Ebola cases were identified, we wouldn’t have been speaking in terms of thousands of deaths and cost in terms of billions of dollars.