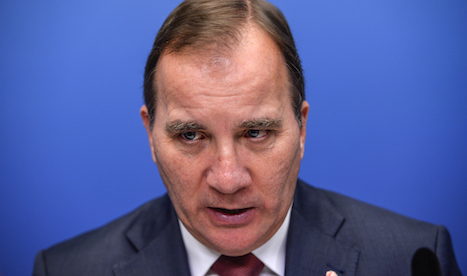 Sweden’s Prime Minister and his Social Democrat party had previously argued that small businesses should have to pay up to two weeks’ sick leave for staff who take time off work due to illness.

The plan was a key policy in the party’s recent general election campaign.

But according to reports in the Swedish media, Stefan Löfven’s coalition has decided that companies will not have to fund a second week.

Social Democrat minister Mikael Damberg told television network SVT that the coalition was moving forward with a proposal to ensure that from January 1st 2015, "small and medium enterprises will be better protected against major costs of sick pay”.

The move also goes against previous pledges made by Sweden’s junior coalition partner, the Green Party.

It had promised to scrap sick pay costs for businesses with ten employees or less.

The new proposal matches that put forward by the previous centre-right ruling Alliance, which was ousted in September’s election.

It has already been welcomed by several groups representing small businesses, which argue that the move will continue to promote entrepreneurship in Sweden.

“It is nice to have a positive proposal, particularly in light of what we have heard from the new government, which has not been positive for our organisation," Carina Lindefelt from the Confederation of Swedish Enterprise told SVT.