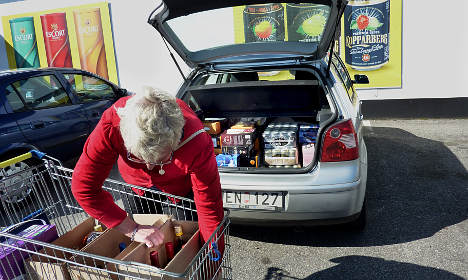 Police suspected the man had contravened alcohol laws after he returned from a trip to Germany with large quantities of wine, beer and spirits.

They raided his home in April 2007 and confiscated the alcohol.

Four years later, the charges against him were dropped.

But when he was reunited with the consignment, the owner of the alcohol quickly realized that a lot of it was missing, while some of the wine, beer and cider had passed its best-before date.

He also discovered that an unidentified drinker had consumed five bottles of vodka and ten bottles of gin and replaced their contents with water.

Police did not discover who in their ranks had targeted the confiscated alcohol but admitted neglect in the case. They said the sum they had agreed to pay covered the lion's share of the stolen alcohol and the watered-down bottles.