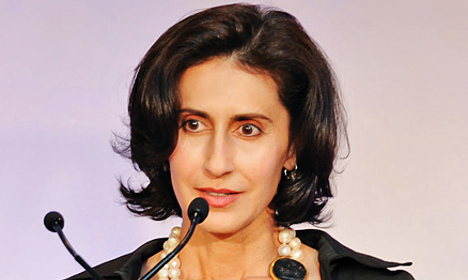 Azita Raji is a member of President Obama’s Commission on White House Fellowships.

She is also a former investment banker and held a senior position at JP Morgan Securities.

She was a major fundraiser for Obama’s 2012 re-election, bringing in more than $3 million and serving as the President’s national vice-chair for finance.

The US Embassy said Azita Raji would be "the first Iranian-born American to be appointed as a US Ambassador."

“I enthusiastically congratulate Azita on her nomination," Ambassador Brzezinski said in a statement. "Relations between the United States and Sweden have never been stronger, nor have they delivered more for our respective peoples."

Azita Raji's nomination must be approved by the US senate. It is likely to be at least six months before she can book her flights and move to the Swedish capital.

Congrats Azita Raji-nominated new US Amb to Sweden. We’ve had an amazing 3 years and sure you’ll have an amazing time too!