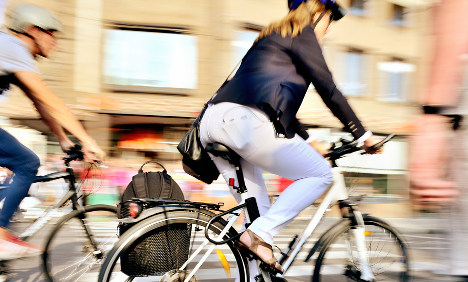 Sweden is ahead of most other countries for gender equality. Photo: Shutterstock
The country has held the fourth spot since 2009, when it slipped from third best in the world for gender equality.
In 2014, it ranks number one for women in ministerial positions, enrollment in tertiary education and women in technical and professional roles.
But Sweden sits outside the top five on measures including wage equality for similar work and for the proportion of women in senior managerial and legal roles.
Moving up from eighth to fifth place, Denmark made it an across-the-board sweep by the Nordic nations in this year's report, with Iceland, Finland and Norway taking the other top rankings.
“With no one country having closed its overall gender gap, Nordic nations remain the most gender-equal societies in the world. Last year’s leading four nations – Iceland (1), Finland (2), Norway (3) and Sweden (4) – are joined by Denmark, which climbs from eighth place to fifth,” the World Economic Forum wrote in a press release.

While the Nordic countries retained their grip on the top spots, the rest of the top ten saw more changes.

“Elsewhere in the top 10 there is considerable movement, with Nicaragua climbing four places to sixth, Rwanda entering the index for the first time at seventh, Ireland falling to eighth, the Philippines declining four places to ninth and Belgium climbing one place to tenth,” the World Economic Forum wrote.
The Global Gender Gap 2014 aims to understand whether countries are distributing their resources and opportunities equitably between women and men, irrespective of their overall income levels.
It measures the size of the gender inequality gap in economic participation and opportunity (such as in salaries and leadership), education, political empowerment, and health and survival in terms of life expectancy and sex ratio.
Seen globally, gender equality has narrowed only fractionally in the last nine years. At the current pace, the World Economic Forum’s report noted that women "will have to wait a further 81 years for gender parity in the workplace".