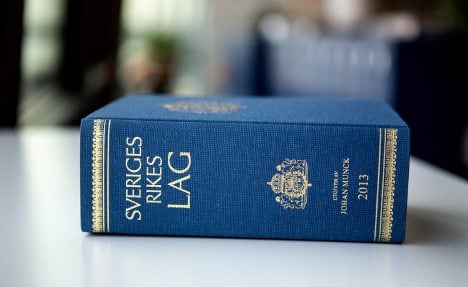 Photo: TT
The 16-year-old boy had painted anti-Israel slogans, a crossed-out Star of David, and a Nazi Iron Cross on the walls of the Gothenburg Concert Hall and a nearby museum.
The slogans, spray painted onto the building's walls in August, included "Boycott Israel" and "Free Gaza", reported the Göteborgs-Posten newspaper,
The boy was suspected of racial agitation (hets mot folkgrupp), but walked free on Friday.
Police interrogations revealed that the boy didn't hate Jewish people, but just Israel.
The District Court ruled that the graffiti was an expression against the conflict between Israel and Palestine, and not a case of racial agitation.
On Thursday, Sweden officially recognized Palestine as a state, causing Israel to recall its ambassador in irritation.
Url copied to clipboard!