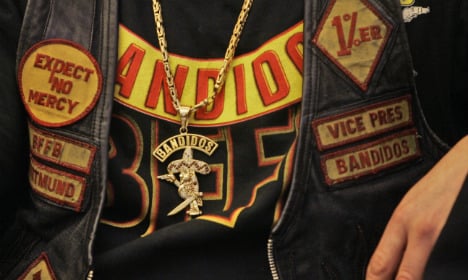 File photo: TT
The Local reported last week that 42-year-old Micael Persson, recently elected to the municipal council in Svenljunga as a representative for the Sweden Democrats, had a long criminal record and had served several prison sentences.
Persson was urged to relinquish his post on the powerful 9 person municipal executive committee earlier on Saturday and he subsequently announced his resignation.
"On paper I look like a horrible person," 42-year-old Micael Persson said to the local Borås Tidning daily last week when details of his criminal past emerged.

Persson was previously president of the Bandidos Borås chapter and has served several long prison sentences. According to a report in the newspaper in 2007 he was the only member of the chapter entitled to wear the Bandidos vest indicating full member status.

He features 11 times in the criminal register and has among other things, served four and a half years in prison for serious drug offences, attempted aggravated drug trafficking and weapons violations.

Persson claimed that he began to see the error of his ways four years ago while serving a two year prison sentence for narcotics offences. He explained to the newspaper that while he doesn't regret his time with the Bandidos he realized that he no longer wanted to remain an outlaw.

Bandidos is an international motorcycle gang and organized crime syndicate. It is estimated to have 2,400 members worldwide, located in 22 countries. The gang became established in Sweden in 1994.
The gang was involved in the so-called "Great Nordic Biker War" (1993-1997) which resulted in 11 murders, 74 attempted murders and 96 wounded members of the opposing gangs. In 2009 Bandidos Sweden president Mehdi Seyyed was sentenced to nine years imprisonment for attempted murder after he bombed two cars in Gothenburg. 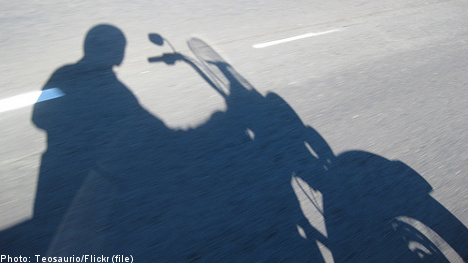