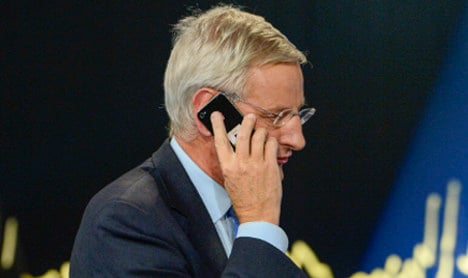 Swedish politician Carl Bildt has been offered a new job. Photo: TT
The announcement was made in a tweet by Crisis Group and prompted a flurry of follow-up stories in the Swedish media.
Crisis Group describes itself as an "independent, non-profit, non-governmental organization committed to preventing and resolving deadly conflict".
It has staff around the world and has recently focused on projects in Syria, Turkey and the Middle East.

We're delighted to welcome Sweden's former foreign minister @carlbildt to our Board of Trustees. pic.twitter.com/fwigC2Y4Vt

Bildt, who is also a former Prime Minister and Moderate Party leader is one of Sweden's most well-known politicians internationally.
He served as Sweden's Minister for Foreign Affairs between 2006 and 2014 as part of Fredrik Reinfeldt's government, which was ousted in Sweden's general election in September.
Ten new minister faces you should know
Bildt was crowned the best-connected foreign minister on Twitter in 2013.
Crisis Group's senior staff are mostly experienced former diplomats, journalists, academics and NGO workers who carry out research in the field, make policy proposals and carry out high level advocacy work – seeking to influence policymakers and the international media.