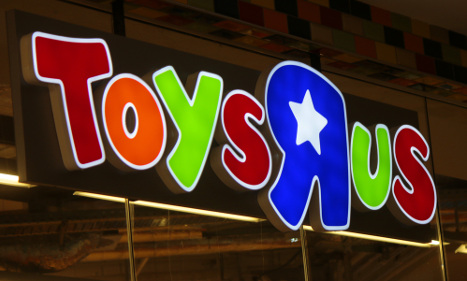 Top-Toy owns the franchise for Toys T Us. Photo: TT
Top-Toy, which owns BR Toys and the franchise for international toy firm Toys R Us, was among the companies criticized for failing to include photos of non-white child models in its latest toy catalogues in Sweden.
The company, which has its headquarters in Denmark, told The Local that it's aim was to "reflect the demands of our markets and the society we are part of”.
But it added that it planned to look into the complaints.
Read more on The Local Denmark
“We always appreciate feedback from our customers and take into consideration that our customers should be able to identify themselves with our catalogues," company spokesperson Liselotte Gjerdrum Carlsen said.
Swedish campaign group Equalisters sparked discussions about toy brochures on Monday, telling The Local that several in Sweden were "too white" and that this could have a negative impact on children from diverse backgrounds.
In addition to the catalogues for BR and Toys R Us, the Swedish group Equalisters also criticized Leklust and Lekia's catalogues.