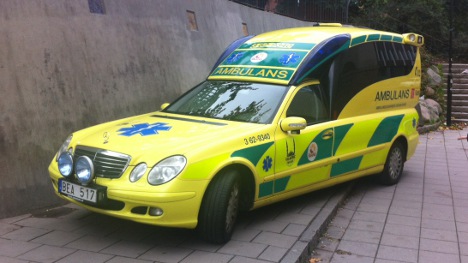 Two people have died after taking Spice. Photo: The Local
The Health Ministry said on Monday that it had asked Brussels to class the products as drugs, based on a recommendation from public health authorities which identified 24 cannabinoids and seven cathinones as dangerous substances.
The Swedish government "is seeking a speeded-up procedure, meaning that the time that the European Commission takes to handle the ban is cut to 10 days instead of the usual three months," the ministry said.
Spice has been a hot topic in the Swedish media in recent weeks, since the deaths of a 22-year-old man and an 18-year-old man in separate cases following what witnesses and police described as overdoses.
Synthetic marijuana, known as Spice or K2, Yucatan Fire, Moon Rocks and Bliss, contains the same active element as natural marijuana, but it is far more toxic.
Several countries have already tried unsuccessfully to stop the sale of synthetic marijuana, which is supposed to be burned like incense rather than smoked.