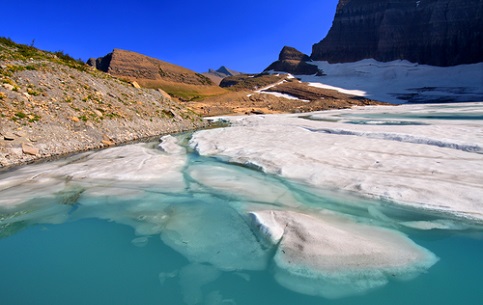 From being viewed as a pre-cursor to economic growth and prosperity, today, with the advancement of scientific knowledge on the contemporary global climate impasse; traditional industry has turned out to be not only a roadblock to economic prospects, but to human survival as well.

With global temperatures rising in an unprecedented way partly due to industrial pollution, we are now forced to turn against what was initially viewed as sole key to social progress. But amidst all this, late comers to industrialization, majority of whom are former colonies, feel cheated by the shift.

With developed countries as their guiding stars, many developing countries have been on course to industrialization. After gaining a feeling that they are on track to the Promised Land – development, it appears they were on a wrong way, and they have to change course.

But are they willing and able to do so? If not, why and what is the way forward for the warming planet? In this piece, I explore these issues at length.

In the wake of colonialism, the predominant thinking rotated around the need to industrialize. Struggling with prevailing social challenges, many post-colonial regimes bought into, and religiously followed the modernity creed about the pre-cursory position industry in social development. Having seen it work effectively for their former masters, developing countries largely viewed industrialization as a ‘sure win’ – to borrow a concept from the betting language.

Theories that evolved in criticism to modernization thinking never dismissed the redemption powers of a vibrant industry. They rather stressed, among other things, the need for a strong state to establish import substitution industries and protect them from foreign competition. With the major aim being ‘development’ and ‘catching up’ with former masters, many industries were established in these countries throughout the sixties and seventies.

They knew nothing about the counter-productivity of their efforts. In reality, the more countries industrialized, the more they polluted both air and water resources. However, it was the 1972 Stockholm conference on the Human Environment that changed everything. With Sweden concerned about pollution in the Baltic Sea, the level of metals in fish and birds and acid rains; she made no hesitation in proposing a conference that led to a paradigm shift in development thinking and practice.

From the conference, countries realized that ‘infinite growth’ never existed, since it was dependent upon finite resources. It was also realized that industrial actions of others had implications to the rest of the world. This is so because pollution and industrial waste knows no borderlines. on the same event, as non-governmental organizations – for the first time – staged a counter-conference that proposed growth alternatives, a group of young people organized a demonstration in which they awarded ‘medals’ to multinational companies according to their performance in what they called‘the world-wide competition to pollute’.

In their view, General Motors (US) and Toyota (Japan) emerged victors. But with all that happening, developing countries made news by vehemently rejecting all ‘no-growth’ positions of the conference. Still eager to taste the fruits of a vibrant industry in terms of jobs, economic growth and poverty alleviation; developing countries viewed calls for ‘no-growth’ as a deprivation of their right to industrialize and develop.

But even as they recognized the need for a paradigm shift, developed countries too felt no pressure to shut down their polluting industrial machines and from the conference, they continued with business as usual. The intensity of the climate challenge had not been widely felt, and Sweden’s foresight could not go well beyond being an eye opener.  Today, 42 years have passed since that ground-breaking conference. It is recognizable that many things have changed.

Today, the intensity of the challenge is not only visible from scientific evidence and observations of the Intergovernmental Panel on Climate Change (IPCC), but also by real occurrences throughout our planet.

Today, it is clear than ever before that man’s industrial ambitions are unsustainable. The planet can neither support this megalomania in terms of exploitable resources, nor can it absorb all the waste from industrialization.

From the 1972 Stockholm conference, all major United Nations conferences pointed to the need to cut down emissions, with the major framework being the Kyoto Protocol. This has resulted into the ‘greening’ campaigns and clean energy investments in developed nations. From solar to wind and to biofuels; developed countries are restless in delinking themselves from the smoke-stuck industry.

However, this time round, this feeling has not trickled down to developing countries. Much as the official rhetoric is in favor of environmental protection and conservation, in practice, many developing countries have continued to promote industry as we know it – the smoke-stuck industry. Their objections from Stockholm are still fresh, and their belief in the redemption powers of a vibrant industry has never trembled.

But why this ambivalence? Is it because developing countries do not feel the impact of a warming planet? Certainly not. If anything, developing countries are suffering the most as a result of climate change. In Uganda for instance, observations from the meteorological department from the 1900s indicate that climate change has led to an unprecedented shift in national drought intervals from once in a decade in the 1900s to annually today.

I strongly believe that the reluctance in developing countries to lower their industrial ambition is in relation to the race to develop in which the orientation they received was that it takes place in a linear model, with industry playing a pivotal role. In addition to that, despite developments in clean energy, many major industrialized nations are still running on traditional smoke-stuck industry.

Through campaigns of ‘attracting foreign investors’ as opposed to ‘nurturing local ones’, these countries are willing to offer these ‘investors’ anything even if it means giving them chunks of forest land as the case was in Uganda a few years ago. The situation is complicated with the limited available and affordable alternatives. Greening industrial operations is a very expensive venture that rich countries themselves cannot but do gradually.

So, any calls for de-growth or a suggestion for non-industrial alternatives is seen, to use Ha-Joon Chang’s phrase, as ‘kicking away the ladder’ from them. Having seen their counterparts industrialize and prospering largely using resources plundered or cheaply bought from their territories, poor countries view anti-industrial calls as a continuation of western trickery to keep them impoverished.

However, in so thinking and doing, the subject of climate change becomes even more and more complicated. With industries in developed countries still fuming and polluting, new ones are being setup in developing countries. It is clear that calls to cut down emissions cannot yield the desired results unless something extraordinary is done.

But unlike a few decades ago, today, the reality of a warming planet is before our eyes. We now understand that climate change is not a hoax.

We can feel it. But our greed, selfishness and megalomania are curtailing our ability to act beyond rhetoric. We are still stuck in the‘race to the top’ which led to one of the deadliest wars in our history. If nothing is done to overturn events, this race is dragging humanity in yet another war.

This time around, it is not war with fellow humans, but with nature. If science doesn't lie, this war will end life as we know it here on earth.

Yet, we still have time to act and change the course of events. Our own scientists have made available all information on what needs to be done and the implications of inaction. We can base on that to prevent the worst from happening. This calls for aggressive steps by big and small, rich and poor nations combined.

The developed nations should stop romancing the challenge and expedite the process of shutting down their classic smoke-stuck industrial machines.

They should do this together with assisting those they deluded into what young people in Stockholm called ‘the world-wide competition to pollute’ and awarded medals for it in 1972. The ambivalence in developing countries on lowering or dumping industrial ambitions is largely due to the delusion from developed countries that they can ‘catch up’ using the same industrial model.

They are slow at accepting that this was pure deception, for the planet cannot afford making all nations look like USA or UK for that matter. They therefore need assistance in terms of technologies, financial and other resources necessary for cleaner and greener paths to social progress.

As our scientists have noted, swift and sustained action can help humanity avert the possibility self-destruction through rising temperatures.