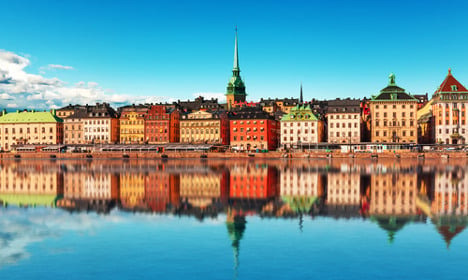 Stockholm's Gamla Stan. Photo: Shutterstock.
German pollsters GfK asked 20,000 people in 20 countries their opinion of 50 leading nations across six categories: exports, government, culture, people, tourism, and immigration and investment.
The list was topped by Germany, with the US and the UK rounding out the top three. Sweden ranked tenth.
“With just 0.14 percent of the world's population, Sweden is a really strong player in the global arena when it comes to attractive countries,” Annika Rembe, Head of the Swedish Institute, said in a statement.
“At the same time, we're seeing that the competition is getting tougher and that many other countries are catching up.”
Sweden scored particularly well in exports, investments, and attracting talent from abroad. It was also recognized for its human rights efforts and for fighting against poverty.
It was even recognized as a more attractive tourist destination than countries including New Zealand, Brazil, and Austria.
“It's pleasing to see that the world has given Sweden a good score as a tourist destination and that the culture and lifestyle have been highlighted as strong reasons to visit,” said Thomas Brühl, Head of Visit Sweden.
“The brand of Sweden is still strong and is instrumental for us to succeed in attracting more foreign visitors, who right now are bringing in 106 billion kronor ($14.3 billion) each year.”