Jacobson made headlines after scooping the fortune at the World Series of Poker in Las Vegas. He said that he improved his game skills online when he found nobody else wanted to play with him.

But his success though may act as destructive advertising for the game, according to experts at the Games Addicts Association.

"We know what type of information this triggers. For those who have just quit playing it will be quite tough," Patrik Axelsson of the association told the TT news agency.

He stated that in meetings with individual gamblers and in group therapy sessions, the issue of advertising always crops up.

"There are three or four commercials between every TV show, lots of ads in the newspapers and a lot of gaming adverts on news websites on the internet."

The head of the Swedish Public Health Agency (Folkhälsomyndigheten) said gamblers needed to be aware of the slim chances of emulating Jacobson's good luck.

"When there is a big win then that easily becomes a very positive media image of what gambling is all about. It needs to be balanced with information of how small the chances of winning really are and the negative consequences playing risks," Marie Risbeck of the Swedish Public Health Agency told TT.

According to the agency one in ten young men have problems with gambling. 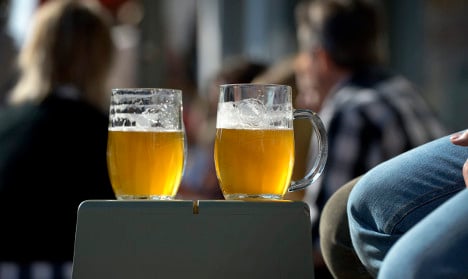