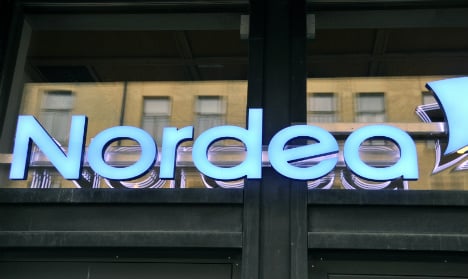 Photo: TT
The man together with his 22-year-old suspected accomplice are accused of carrying out the armed robbery in October, according to local media reports.
Armed with a soft air gun they are suspected of having stormed the Nordea branch in central Sala and demanded that staff hand over the cash. There were several customers in the bank at the time.
The weapon is reported to have been stolen from a store in Uppsala the week before.
The pair eventually managed to make off with a 118,000 kronor ($16,000) haul but they didn't get far as the police arrived shortly after. The duo had apparently missed that the bank was located just 100 metres from the police station.
The pair have admitted to their haphazard heist with the 22-year-old explaining that he had debts to pay off. The 24-year-old has meanwhile explained that he had become obsessed with the idea of getting hold of some quick cash.
The pair will however face the full arm of the law when their trial begins on Friday November 21st with his incriminating selfie set to be included in the evidence.