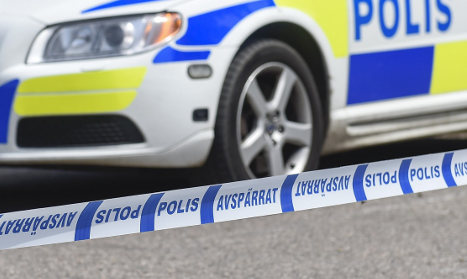 A Swedish police car. Photo: TT
Witnesses say that a large black car rammed into a shop in Angered on the outskirts of the city, with several heavily armed robbers leaping out of the vehicle and threatening nearby shoppers.
The robbers then stole valuable items, although it is unclear exactly what they got away with.
During the burglary, several cars in the area were set on fire.
"This may have been a diversionary tactic," Gothenburg police spokesperson Christer Fuxborg told news agency TT.
Gothenburg police have now cordoned off the area and are in the process of questioning witnesses.