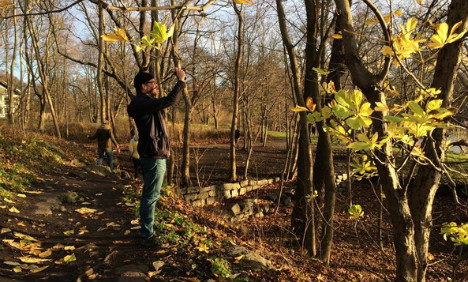 The snow warning was issued on Sunday night and extended into Monday for Dalafjällen and large regions of Sweden's north. SMHI forecast that as much as 20 centimetres of snow could be expected in the area.

Sweden's Transport Administration (Trafikverket) urged motorists to be extra careful when driving, after the weather authority said there was a likelihood of slippery conditions and poor visibility on the roads.

"In some places it is the first snow of the season and in that case we usually send out a warning," said Lisa Frost, meteorologist with SMHI to the TT news agency.

Southern and central Sweden can expect rain or sleet over the course of Monday. Conditions will improve on Tuesday when a period of high pressure sweeps over the country which will lead to warmer weather temperatures for much of Sweden.

"November has been an unusually long period without sun in southern Sweden, so a little but of sun is likely being yearned for," said Nitzan Cohen, meteorologist with SVT.

As The Local reported last week, southern Sweden is enduring its darkest November in decades.

In the capital there were some unexpected sunny spells over the weekend, sending Stockholmers out in force to lap up the sunshine.

It will remain relatively mild in the region over the course of the week, with temperatures peaking at seven 7C with a similar weather forecast for Skåne.

Malmö in particular is expected to get plenty of sunshine on Tuesday morning.