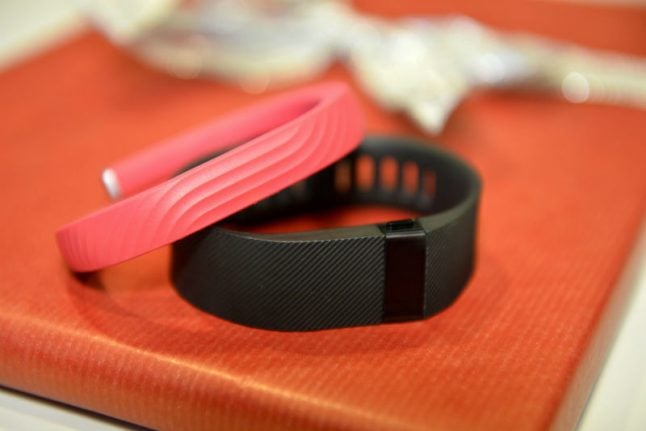 Go on, you know you want one. The fitness armband has been awarded the 2014 Christmas Gift of the Year. Photo: Henrik Montgomery / TT

Every year HUI research gets the nation talking by announcing a product deemed to be trendiest yuletide present. In 2013 it was a juice extractor but that has been knocked off its perch this year by the fitness armband.

"Health is trendy and we have never been training as much as now," HUI's sales manager Fredrik Kolterjahn told the TT news agency.

In order to be assigned the accolade of "Christmas Gift of the Year' the product has to have piqued interest throughout the year, sold in high quantities and represent a trend for that particular.

With more Swedes becoming increasingly health conscious the sale of fitness armbands has spiked in 2014. They work by logging data from your workout but also have sensors which monitor your pulse and sleep in order to give a fuller picture of your overall health.

IN PICTURES: Christmas Gifts of the Year from the breadmaker to electronic pet

"The fitness band has been on the market for some time now but it is only this year the sales are gaining momentum. The strong trend in health makes more people aware of their health situation and the connection between activity and well-being," the company said in a statement.

HUI Research has indicated that sales during the Christmas season will increase by 1.5 percent to approximately 68 billion kronor.

2014 marks the twenty-seventh consecutive year that the institute has published its prediction for the gift most likely to fill the space under the tree at Christmas.

The first winner of the Christmas Gift of the Year was a bread maker back in 1988. Other memorable winners down the years have been the electronic pet (pictured above) in 1997 and a bed of nails in 2009.