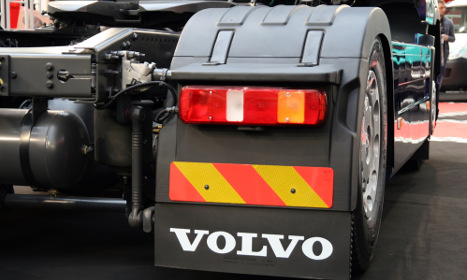 A Volvo truck. Photo: TT
The move comes after the European Commission last week notified Volvo – along with Germany's MAN and Daimler Benz – that it was formally suspected of operating an illegal cartel to rig prices which could lead to heavy fines if found guilty.
An EU investigation of the companies started after raids on large truck manufacturers in 2011, which also involved Sweden's Scania and Italy's Iveco.
The Volvo Group, which has issued a profit warning to shareholders, said on Tuesday that it "had decided to make a provision of 400 million euros" which would impact the company's operating income in the final quarter of 2014.
"The proceedings are still at an early stage and there are a number of uncertainties associated with the final outcome of the commission's
investigation as well as the amount of a potential fine," it added.
If found guilty the commission has indicated that the companies could face fines of up to 10 percent of annual worldwide sales.