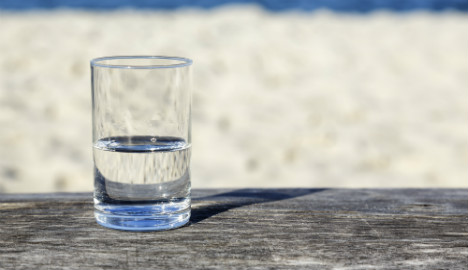 Traditional hiccup remedies like drinking a glass of water have not worked for Ingemar Löfgren, who has had the condition for four years:Shutterstock

Ingemar Löfgren, 65, from Boden in northern Sweden initially shared his story with his local newspaper before it was picked up by the national press.

He described how his life has been ruined by suffering from the hiccups for four long years. Löfgren said he finds it hard to sleep at night and that his appetite has been compromised, causing him to shed 25 kilos in weight loss.

"My life is a living hell," Löfgren told Aftonbladet.

He added to his local Norrbottens Kuriren newspaper; "Right now my life is a very spartan existence. It has gone from me being a very active person to zero. I'm not good enough for anything," he said.

The pensioner's plight prompted his daughter to post a message on Facebook looking for a cure saying this is 'one last cry for help.'

Löfgren's hiccups have got worse over the years to the extent that he vomits on a daily basis. He is only able to speak in short sentences before he is interrupted by the condition.

Despite undergoing surgery and been examined by experts at the Uppsala University Hospital the 65-year-old has yet to find any cure. He told the Expressen newspaper that he hasn't slept properly for two years.

"My wife hasn't complained yet, she's not the type to complain," he said.

After going public with his appeal in the national press the Swede has been flooded with suggestions. Potential remedies include dosing up on peanut butter, knocking back schnapps and even trying some illegal drugs.

Other ideas put forward by readers of Aftonbladet were acupuncture and hypnosis. Löfgren said he has been overwhelmed by the response and intends to try out some of them so he can finally get a decent night's sleep.

"I'd like to thank everybody who has got involved in this, we are very grateful," he said.

A hiccup is defined as an involuntary spasm of the diaphragm and respiratory organs, with a sudden closure of the glottis and a characteristic gulping sound.