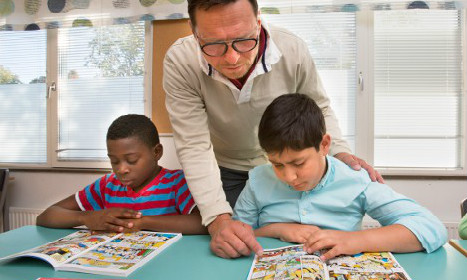 Skolverket have said there are gaps in the Education Act meaning that it is difficult to interpret which children of EU citizens can be granted a school place.

They stated that children who are only in Sweden for a short period could potentially miss out on an education.

"The right to an education is regulated by the Swedish education act. But we can't deduce what EU migrants have this right and what type of education forms it applies to," said Sofia Kalin, a lawyer with Skolverket, to the TT news agency.

The potential ambiguity in Swedish law has also caught the eye of the Ombudsman for Children in Sweden (Barnombudsmannen) with representatives meeting with members of the School Inspectorate (skolinspektionen), National Agency for Education and the National Board of Health and Welfare (Socialstyrelsen) to discuss the matter.

On Wednesday they all met together and later stated that Sweden's education act does live up to the UN convention on the rights of the child.

However, they all agreed that many children who have just arrived in Sweden are placed in a difficult situation.

"When it comes to children in emergency situations and their right to protection social services is clear that all children have the right to protection and not be denied care. It's important that municipalities observe this," children's ombudsman Fredrik Malmberg said to TT.

Many municipalities have stated the current law is vague.

"The National Agency for Education has got many questions about the legal situation. Sometimes it is acute situations and other times it is an emergency," concluded Kalin.

Last week Swedish Prime Minister Stefan Löfven stated that the government will incorporate the Unicef convention on the rights of the child into Swedish law.