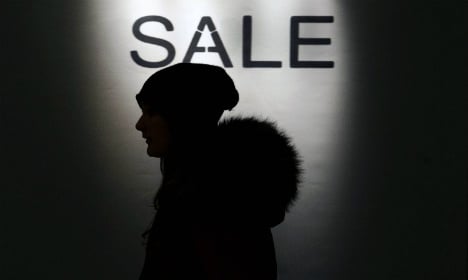 The Swedish Trade Federation said that three times as many companies in Sweden were staging Black Friday deals in 2014 compared to last year. Photo: AP/The Canadian Press/Justin Tang
Traditionally the frenzied consumer event is held across the Atlantic, usually prompting midnight stampedes by hordes of shoppers, often resulting in injuries.
Last year German electronics chain Media Markt elected to stage a Swedish 'Black Friday' and more companies are following suit 12 months later.
News agency TT reported that an increasing number of stores in Sweden are cashing in on the concept. Among them are electronics giants Siba and Apple as well as infant retail store Babyland.
"There is an interest in getting consumers into the Christmas and shopping feeling in good time. There are good points to it (Black Friday). Otherwise they may spend their money on going to a restaurant or a trip away instead," Jonas Arnberg, chief economist of the Swedish Trade Federation (Svensk Handel) told the TT news agency.
Indeed the organization reported that there was three times as much interest from its members in staging 'Black Friday' sales this year in comparison to 2013.
While a lot of the sales are done online several stores have stared marking the occasion by having massive sales in their own shops.
It's a strategy fraught with risk says Arnberg of Svensk Handel, as he argued consuemrs will start expecting bigger and better sales going forward.
"There is a risk that you increase sales and market share but lose profit," he says.
Electronics outfits Elgiganten is among the companies joining Media Markt in slashing prices. Among the deals being offered to entice customers are 75 inch televisions slashed in price by 12,000 kronor ($1600).
"We tested Black Friday last year on the internet to see what kind of response it would get. It was extreme, we increased sales by 400 percent," said Elgiganten CEO Niclas Eriksson.
Eriksson added that he didn't agree with the comments from Svensk Handel that 'Black Friday' sales were potentially risky, saying that the consumer electronics industry is already very competitive.
For 2014 Elgiganten are staging sales in their stores with the cut-price deals offered through until the weekend.
For Swedes unfamiliar with the Black Friday sale shopping experience, Swedish tech news website IDG Media last year summed it up as: "Queuing chaos, crowds and a carnival atmosphere."
TT/The Local/pr 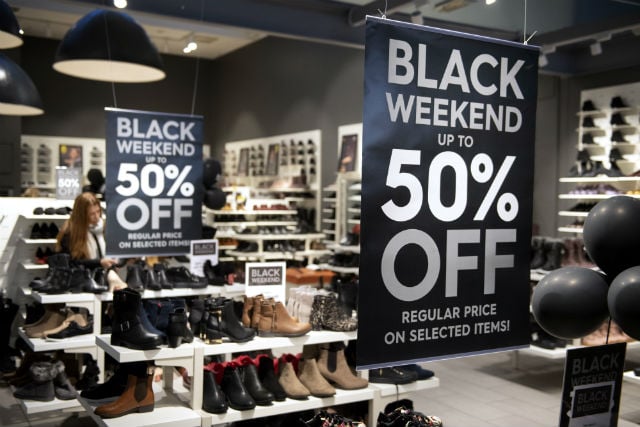