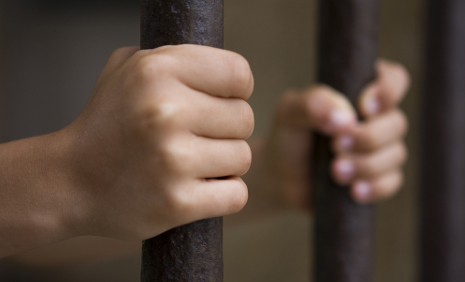 The UN says Sweden's young offenders should spend less time alone. Photo: TT
The UN report called on Sweden to abolish the policy of keeping some child suspects and young offenders in isolation in police cells and juvenile detention centres.
A panel of ten independent experts cited concerns about depression, suicides and problems with reintegrating into society for those who spent many hours alone.
It said that Sweden had repeatedly breached the UN Torture Convention, which states that under 18s should not sit in isolation for more than 22 hours in any 24 hour period.
In an interview with Swedish newspaper Svenska Dagbladet, Sweden’s Children’s Ombundsman Fredrik Malmberg said:
“This is extremely sharp criticism, especially when it comes to the isolation of detained children. The UN also uses unusually strong language in the report. The criticism is clear and the signal to the government is clear: now the isolation of children cease”.
He added that “there is a self-righteous self-image in Sweden that we treat all children well” and argued that the country needed to do more to “protect children’s rights better”.
In October, Swedish public broadcaster Sveriges Radio reported that more than 500 people aged under 21 were living in detention centres where they had only “limited contact” with others.
UN’s Committee against Torture also criticized Sweden on several other points including keeping refugees in custody for longer than necessary and sending some asylum seekers back to their home countries without enough consideration of the risks to their lives because of their religion or ethnicity.
Its report pointed to a rise in hate crimes in Sweden, with Muslims, African Swedes and people from the Roma, Jewish and gay communities especially affected.
Sweden’s new coalition government said that the criticism was in line with previous reports and promised to look “in detail” at the UN’s fundings.
“Hate crimes are a priority for the government,” the Foreign Ministry’s legal chief Anders Rönquist told Svenska Dagbladet.