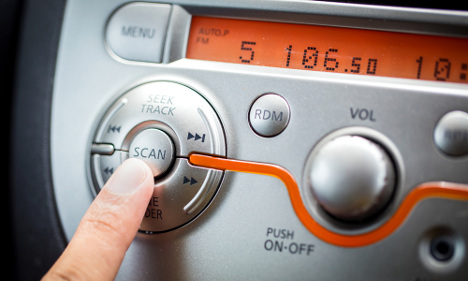 FM radios could soon be a thing of the past. Photo: Shutterstock
Sweden's FM signal should be turned off by 2022, according to a government-funded report looking at Sweden's digital switchover strategy.
FM radio should be replaced by digital radio within the next eight years in order to make more channels available for commercial networks and the country's public service broadcaster Sveriges Radio, concluded the report's authors.
The study was commissioned by Sweden's former centre-right coalition and was presented to the current Social Democrat-Green government on Monday.
It is unclear how ministers will react to the findings, with Prime Minister Stefan Löfven's party having previously argued against the digital radio switchover, saying it would be too expensive.
Hundreds of sites around Sweden would require new specially designed radio masts.
Sweden has already made the move to digital television, with all homes ditching analogue services by 2007.
Writing in the Dagens Nyheter newspaper, Associate Professor Nina Wormbs from the KTH Royal Institute of Technology who led the study said:
"Radio is a form of media that should be given the best possible conditions in a democratic information society. It should have its own digital distribution platform that makes it possible for everyone to everywhere listen easily and without having to pay extra".
Following the switchover, Sweden could host up to 60 digital radio stations, she argued.
The report suggests that the FM signal should be turned off by 2022, or 2024 at the latest if not all neccessary conditions had been met by then.
Opponents to the plan have raised concerns about adapting cars which are currently fitted with FM radios. They have argued that the move is unnecessary with increasing numbers of people already choosing to listen to radio stations via the internet, where there is no limit to the number of channels available to consumers.
But Wormbs argues that radio consumption should remain free for users, whereas online radio stations require listeners to have access to wifi or to pay for streaming through their mobile phones and tablet computers.