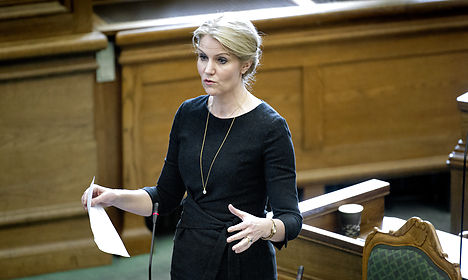 Unlike her counterpart in Stockholm, Helle Thorning-Schmidt knows that what matters is what can pass through parliament. Photo: Keld Navntoft/Scanpix

The government crisis in Sweden should be followed closely by those in the centre-left in Denmark who are tired of the Social Liberals (Radikale) being part of the Danish government coalition.

In Sweden, Prime Minister Stefan Löfven, a Social Democrat like Danish PM Helle Thorning-Schmidt, presented a budget that was praised to the heavens by the Danish left wing because it was so progressive.

There is just one – huge – problem.

The Swedish government, which consists of the Social Democrats and the Green Party (Miljöpartiet), cannot muster a majority on the left alone.

Just as in Denmark, at least one conservative party needs to go along in order to create a majority.

Those on the centre-left can have big dreams, but they mean nothing without a majority that will get the policies through parliament. That's the case whether you are in Copenhagen or Stockholm.

Löfven appears to have forgotten that reality – in sharp contrast to Helle Thorning-Schmidt, who for three years now has manoeuvred through parliament with the vital support of a party to her right. David Trads is a journalist and political commentator. He is the former editor-in-chief of Information and Nyhedsavisen and has been a foreign correspondent in Moscow and Washington.