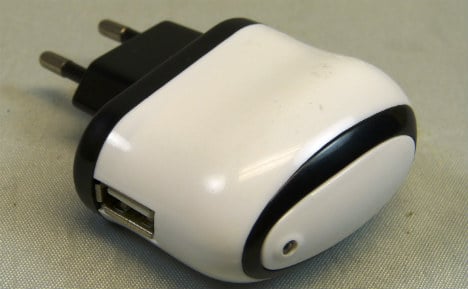 The USB charger which has been recalled. Photo: Elsäkerhetsverket

Sweden's National Electrical Safety Board (Elsäkerhetsverket) was approached by a member of the public who got a nasty shock when using the charger.

"Somebody contacted us to say that they had plugged this product into the wall and then smoke starting come out of it," Katarina Olofsson, market surveillance inspector for Elsäkerhetsverket told The Local.

Among the myriad of problems his team discovered was the distance between the primary 230 volt unit in the socket and the secondary unit, the USB plug and its connection, measured in at zero millimetres.

Industry standards determine that the insulation distance between the two units should be at least four millimetres. As a result, the product has been deemed to be a fire hazard and could also cause a severe electrical shock.

It is unclear how many of the faulty USB chargers have been bought in Sweden.

"The product is poorly manufactured and is a danger to the public. As well as being highly flammable you also be electrocuted by it. Whatever device you have attached to this USB charger would likely break too," said Olofsson.

The USB charger was being sold via the iphonedelar.se website for 69 kronor ($9). People who got the product in the post found that it had no brand name and only had a 'Made in China' marking on it.

Last year The Local reported that Elsäkerhetsverket had recalled several other varieties of USB chargers for mobile phones and computers due to concerns about the devices' safety.

Sweden's National Electrical Safety Board gets in the region of 300 complaints a year from consumers who are concerned about the safety of products that they have purchased.