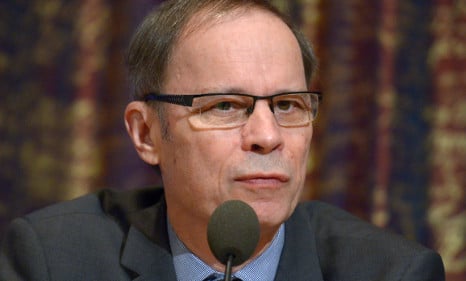 His comments came as the French government prepared to unveil a controversial set of measures to unblock its stagnating economy.

These include Sunday trading for shops, opening up national bus routes and throwing open traditionally closed professions such as notaries and chemists.

The plans have attracted criticism both from those who argue that they are too radical and those who think that the reforms don’t go far enough.

Speaking at a news conference in Stockholm, Tirole said that France ”should follow the example of countries like Germany and Sweden, which had difficult times and carried out a lot of reforms”.

“We should carry out reforms to put people back to work… and also reform the state as many countries have done," he added.

His comments followed a statement from Germany’s Chancellor Angela Merkel, criticizing both France and Italy for reforming too slowly following the Eurozone debt crisis.

French Finance Minister Michel Sapin retorted smartly that "we are carrying out reforms in France not to please such-and-such a European leader but because it's necessary for France.”

France, Europe's second largest economy, is in dire need of a boost. Gross domestic product inched up 0.3 percent in the third quarter of the year and unemployment stubbornly refuses to come down from record levels.

Figures published on Friday showed unemployment in France stood at 10.4 percent in the third quarter and President Francois Hollande has said he will not stand for re-election if the jobless queues continue to grow.

Unemployment in Sweden is currently 7.5 percent and increased domestic consumption (more people spending at the shops) has fuelled economic growth.

One of the cornerstones of Macron's reforms is permitting shops to open on more Sundays, in a bid to spur much-needed consumption.

Town halls would be allowed to grant trading licences on 12 Sundays a year, compared to the current five Sundays annually.

In tourist areas and certain busy stations, the laws would be relaxed still further.