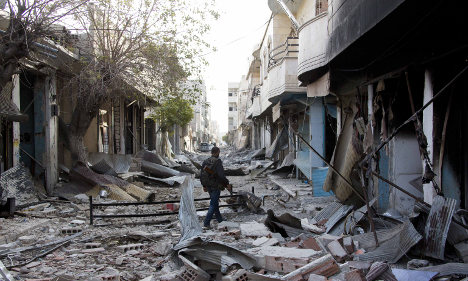 Officials from Säpo say that Syria is now the most popular destination for young muslims previously living in Sweden, in contrast to two years ago when they were more likely to head to to Somalia or Afghanistan.

The group’s latest data suggests that 110 Swedes have travelled to Syria since 2012 to fight alongside Isis (also known as Islamic State).
It also indicates that between 25 and 30 of them died during the fighting, while 40 have returned to Sweden.
"We have a growing problem that we must deal with reasonably, without creating panic. It is an embarrassing situation we will have to live with", Chief Operating Officer Anders Kassman told Swedish newspaper Svenska Dagbladet.
He said that the Security Service was focused on tracking down fighters who had travelled to Syria from Sweden more than once.
Säpo said was also working hard to persuade muslims intending to travel to war zones to backtrack on their plans.
It added that it had not arrested anyone on suspicion of planning terror offences in Sweden following a visit to Syria.