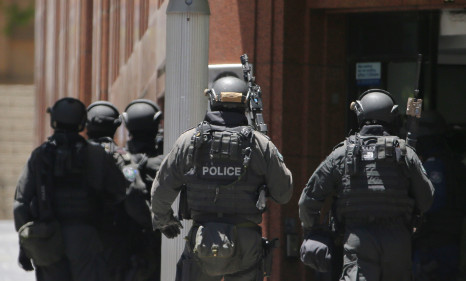 The Lindt cafe was on lockdown, as was much of central Sydney, after an armed man held staff members and customers hostage for most of Monday.

Swedish student Esther Bitamazire, who is from from Uppsala but is studying in Sydney, told the Expressen newspaper that she was “scared shitless”. She is currently living just a short walk from the cafe.
"It is sick over here right now. Everyone is talking about it. It's unreal. But we’ve been sitting on the beach and there is everything going on as usual,” she added.
Australia’s Prime Minister Tony Abbott described the attack as "terrifying" and said it could be politically motivated. A flag bearing the Islamic creed was displayed at the window of the cafe.
Jessica Sjöström, a 23-year-old Swede doing voluntary work in Sydney, told Expressen that she had also been close to the Lindt cafe on Monday.

"Suddenly there were police everywhere. I tried to go around the barriers. But everything was cordoned off. Then the police said that terrorists have taken hostages. Many people were curious and took pictures,” she added, although she said she had decided the area was too dangerous and decided to leave.

In the early hours of Tuesday morning, local time, police announced that the siege was over. Hostages fled as police stormed the cafe.

More than 8,000 Swedes live in Australia and the country is one of the most popular destinations for young Swedes keen to work or study abroad.