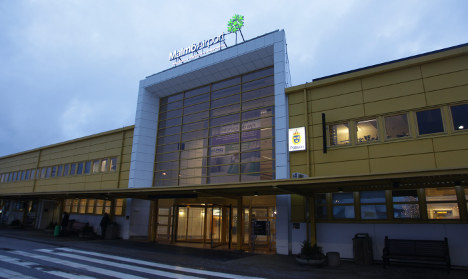 Police in Malmö, the biggest city in southern Sweden, are investigating the case.

A spokesperson for the force told Swedish newspaper Svenska Dagbladet that the plane had been carrying two suspected people-smugglers of Egyptian origin – both men in their fifties. They were travelling with a Lebanese woman in her 20s, who is also a suspect.

The rest of the passengers are understood to be asylum seekers, with at least two of them coming from Syria.

The three suspects were arrested on Tuesday and questioned overnight.

Sweden’s Security Service SÄPO is also involved in the investigation.

According to the TT news agency, airport staff became suspicious because there was no list of passengers made available for the private plane.

Sweden has the highest number of asylum seekers per capita than any other country in the EU and is expected to have allowed more then 100,000 into the country by the end of 2014.