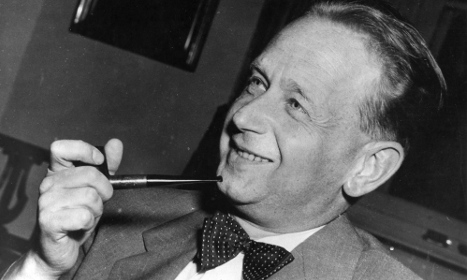 Swedish diplomat Dag Hammarskjöld. Photo: TT/uncredited
Swedish officials cited new evidence and a need to close "an open wound" as the key reasons for reopening the case.
Hammarskjöld died when his plane went down near Ndola in what was then Northern Rhodesia, now Zambia, on September 18th, 1961, but countless studies have failed to nail down the cause of the crash.
Ambassador Per Thoresson presented a draft resolution to the UN General Assembly on setting up a panel of experts that would follow up on a report last year by an independent commission that cited new information in the baffling case.
One of the key points of the text is an appeal to all member states including the United States to release records on the circumstances of the plane crash that may have been kept secret until now.
"This has been an open wound in Sweden for more than 50 years," Thoresson told news agency AFP. "We are anxious to try to make closure."
The ambassador said new forensics techniques could be used to examine the wreckage of the plane and that witnesses from that time have yet to be fully heard.
Investigators have never had full access to records from the United States, Britain and other countries concerning the crash that occurred as Hammarskjold was on a peace mission in the Democratic Republic of Congo.
The draft resolution co-sponsored by 41 countries including Zambia will be discussed by a General Assembly committee this week and will return for a vote to the plenary before the end of the month.
Hammarskjöld, who was UN secretary general from 1953 until his death, was on a mission to broker a peace deal between the Kinshasa government and separatists in Katanga province when his plane crashed.
The mineral-rich province was at the time fighting to secede, with the backing of the West and their commercial interests in the region.
In its report last year, the commission of inquiry called on the United Nations to reopen a probe and asked the US National Security Agency to release cockpit recordings to confirm whether a mercenary fighter jet may have shot down the plane.
Fifteen people including Hammarskjöld died when the DC-6, known as the Albertina, smashed into the ground near Ndola as it came in to land ahead of a meeting between the UN's top official and Katanga leader Moise Tshombe.
A sole survivor of the crash died days later.