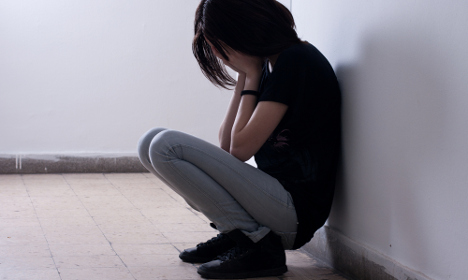 Officers in the district of Södertörn have been storing details about women’s families, daily lives and illnesses and made judgements about the alleged victims, keeping the information in Excel spreadsheets.

"The woman seems to have some psychological problems, in my opinion” and “it almost feels like it is the suspect who is the victim”.

"To register people in this way is illegal," Ingrid Helmius, a senior lecturer at the Faculty of Law at Uppsala University told Sveriges Radio.

"It shows really clearly that the person who has registered these people has absolutely no clue about the rules," she added.

The unofficial database also includes details about women’s ethnicities and religious backgrounds, such as “she is from Eritrea and deeply religious" or "the couple are Sunni- and Shiah-muslims”.

According to Sveriges Radio, which has also seen the documents, other women are branded "tricky", "difficult" and "particular".

The station showed one woman a note describing her as "borderline" and “bipolar” and noting that she was the victim of a paedophile as a child.

"Who the hell gives them the right to do this against another human being? This is so humiliating," she told Sveriges Radio.

Up to three thousand women are featured in the secret documents, which are understood to have been compiled by at least 20 police officers.

But police chief, Christian Agdur later admitted that the register existed and said it had been developed in order to make threat assessments and protect women.