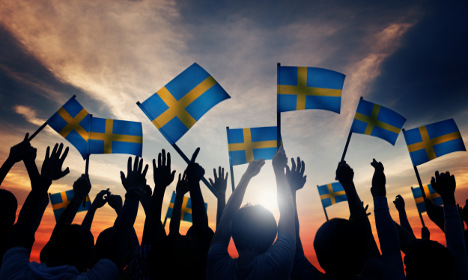 Mohammed Amin Kharraki from Sweden's Islamic Association recently argued that it can be inappropriate to ask Swedes who physically appear "un-Swedish" where they are from, because it highlights their difference.

But I say that it is time to openly address – and embrace – the culturally rich and diverse society that is Sweden today. And while I agree that immigration must become a key political issue, the manner in which Swedes view and understand equality, racism and, ultimately, integration, must be turned on its head.

The world-famous Swedish model of equality certainly carries the weight of noble intentions. That all people should be equal is indeed a valiant principle – but is placing a lid on differences a prerequisite for an equal society?

Growing numbers of Swedes – perhaps many of those who have gotten fed up with the ‘lid’ – also reject pluralism and multiculturalism. Sweden Democrat supporters argue that diversity is problematic, undesirable and it would be best if foreigners just got out.

What both of these approaches fail to realize is that they make the mistake of trying to equate ‘equality’ to ‘sameness’ – a dangerous precedent, and certainly one of the major underlying, paralyzing forces contributing to Sweden’s rising tensions over the immigration question.

Swedes can perhaps instead accept that they can be both equal and different.

But let’s rewind to a few disclaimers, the first of which is that I am a proud Canadian and that my discourse here is absolutely inspired by that pivotal fact. The second is that I am of Egyptian origin. I state, love, and embrace both facts – equally. In no way does my Egyptian-ness make me less Canadian, nor does my Canadien-ness make me any less Egyptian. Adding to this, I am also a proud Québécoise, from the culturally distinct ‘French Canada’, and that aspect of my identity is just another component of my multi-dimensional self. I am also a Muslim, a woman, stubborn, and tall. All things that add to the complex being that I am.

So if you ask me where I am from, I won't get offended – I will be proud to tell you – but you might get a longer answer than you bargained for.

In a valiant attempt to make everyone equal, Swedes seem to be impossibly trying to remove that complexity. And I’m referring to both more recently arrived and ‘original’ Swedes here — as the integration problem stems from both, and both share an equal responsibility to resolve it.

The question of diversity must formally enter political discourse — and be welcomed on the ground. Swedes can begin by accepting that being completely open about different ethnicities and cultures does not need to make anyone feel less ‘Swedish’ on the one hand, or make older generations of Swedes feel like ‘racists’ on the other.

In fact, odds are that through doing so, they’ll find plenty of things to share with one another, and discover common values – those things which ultimately unite us as humans.

So, why not ask that ‘non-Swedish’ looking person where they are ‘from’?

Perhaps you have travelled to their country of origin before, or sampled its delicious food. Perhaps you are familiar with the political situation there, and the newer Swede can shed some light on the situation, from a very real, very first-hand account. And, if you’ve been around here a little longer – do share a thing or two about yourself as well.

Celebrate your differences, and embrace your similarities.

This integration model has certainly been relatively successful in Canada. This is not to say that it has completely eradicated racism or intolerance, as surely, no system can completely achieve that anywhere in the world. Plus we should note that dynamics here are naturally not quite the same as in Canada. Sweden is an old country, with old traditions. Canada on the other hand – well, there’s maple syrup, and hockey of course, but beyond that, we cherish a history and traditions much briefer than the Swedes.

But that’s the cherry on top – Swedish culture is one thing more to be preserved and shared – not denied.

Sweden, why not share the joy of your Lucia celebrations, Midsummer parties, or crayfish dinners?

I have come across Swedes claiming to have ‘no’ culture –  but your beautiful traditions, disciplined lifestyle, astounding tolerance, the heartwarming importance you attribute to family, and let's be honest – your culture of trying to separate yourself from your culture – are all endearing. And I bet you’ll find a lot of newer Swedes out there would agree.

In my opinion the sharing should begin at childhood.

I recall journées multiculturelles from my childhood in Canada, 'multi-cultural days’ on which children were invited to share cuisine from whichever country they may originally be from.

I suspect that some Swedes might view such a practice as a subtle manifestation of racism – placing people in ‘boxes’, highlighting differences.

But those days taught us that our differences brought incredible richness to our nation.

We were ‘integrated’ from a young age, taught that wherever our parents might have migrated from was something that could be shared, should be shared, and most importantly, must be celebrated.

Indeed, we all knew where we were from, but also where we belonged.

There couldn’t be a more important time for Sweden to embrace and celebrate its diversity. If Swedes open themselves up to this, then perhaps groups like the Sweden Democrats will fade out like a bad taste in the mouth.

Norhan Elhakeem is a Canadian journalist specializing in issues of integration. She has lived across Canada, Cairo, and most recently Stockholm.